Toenail fungus can be an incredibly annoying problem especially when the prescription that your doctor gave you doesn’t get rid of it. I’m a fan of using home remedies first. Most of them tend to be less stressful on the body and many of them work better than the leading prescription. Here are the top toenail fungus cures that work! These cures have worked for family members and friends. They are inexpensive to try and will give you results in a matter of days!

While there is only anecdotal evidence to support getting rid of your toenail fungus with a vinegar soak, it is definitely on the top of the list of home remedies to try! The acetic acid in vinegar creates an unwelcome environment for the fungus. Vinegar will also help to prevent the fungus from spreading and kills bacteria and fungi.

To implement a vinegar soak, use one part vinegar to two parts water. Soak your affected foot for at least twenty minutes two times per day. You should start to see improvement within a week. If you have no improvement, it is best to move on to the next home remedy!

Essential oils are all the range for home remedies and with good reason. They are very effective! Tea tree oil is great at killing fungal and viral infections. Tea tree oil is also known as melaleuca. It is an essential oil which boasts antiseptic and antifungal properties. This home remedy does have some small scale research done by the National Center for Complementary and Integrative Health suggesting that tea tree oil may be effective for treating toenail fungus.

To combat toenail fungus with tea tree oil, first clean the affected area and then apply tea tree oil directly to the toe with a cotton swab. Allow it to soak on the nail and skin for roughly 10 minutes and then scrub it off. Do this twice a day for best results.

An antifungal made from the plants in the sunflower family is commonly known as snakeroot extract. Snakeroot extract has been studied in a 2008 study and shown effective in treating toenail fungus. The study compared it to the prescription antifungal ciclopirox, and it was shown to be just as effective. 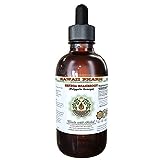 To treat your toenail fungus with snakeroot extract, apply it to the affected area ever third day for the first month. Then twice a week for the second month and continue doing this one a week for the third month. This was the frequency done in the 2008 study.

While Vick’s vapor rub is one of the most common products to treat congestion, it has also demonstrated efficacy in treating toenail fungus. The active ingredients in Vick’s are camphor and eucalyptus oil, which have antifungal components and may help to treat toenail fungus. In a study published by the Journal of American Board of Family Medicine in 2011, it was discovered that Vick’s Vapor Rub ad a positive clinical effect in the treatment of toenail fungus.. In this study, 83% of people who used a cotton swab to apply a small amount of Vicks VapoRub to an affected nail at least once a day reported improvement. Twenty seven percent had complete cure at 48 weeks, while fifty five percent had partial clearance. 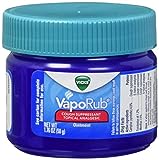 For treating toenail fungus with Vick’s Vapor Rub, it is recommended that you apply a small amount to the affected area with a cotton swab at least once per day.

Fungal infections thrive in damp conditions. Baking soda has the ability to dry up excess moisture. Additionally, it will help to eliminate foot odors. Baking soda will make the foot environment unconducive to growing fungus.

To implement the baking soda toenail fungus remedy, you will create a paste with water and baking soda. Apply it to the toenail. Allow it to sit for at least ten minutes. Wash off. Repeat twice per day.

Baking soda will also work in a foot bath. To create a foot bath with baking soda, place 2 tablespoons of baking soda in 2 liters of water. Soak your feet in the mixture for twenty minutes daily.

To use mouthwash as a treatment for toenail fungus, combine it with equal parts white vinegar and mouthwash. Soak the feet for thirty minutes. Afterwards, gently scrub the toenail area. Repeat once or twice per day until the infection clears. 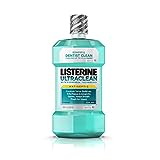 Get started treating those toenails! Before you know it, you’ll go from ugly looking toes to pretty pedicured toes!

3 thoughts on “The Top 6 Toenail Fungus Cures that Work”