The control pause test was designed and used by about 200 Sovet and Russian medical doctors and other health professionals. They used the control pause (CP) test to measure body oxygen levels in over 200,000 people with a variety of health problems. Since it was designed, several hundreds of Western Buteyko practitioners have applied this test to over 200,000 individuals. 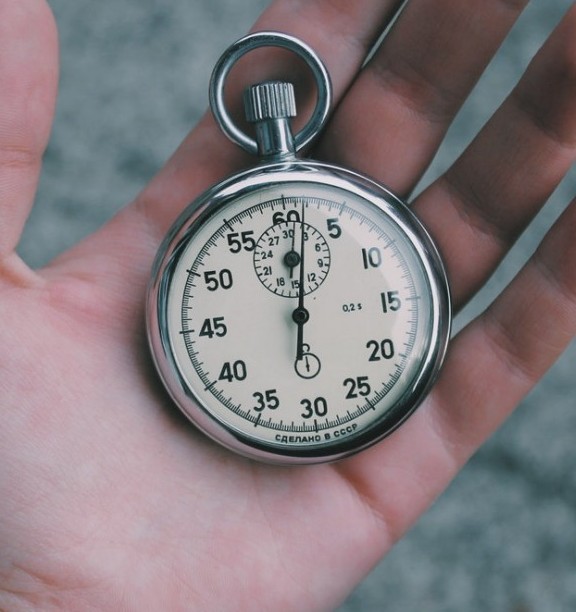 How to Measure Control Pause

The CP is measured upon awakening and prior to eating. It is best to measure the CP when there is no solid food in the stomach. It is fine to have some water though. Sit down and rest for approximately 5-7 minutes prior to the test. Before measuring your control pause, completely relax all of your muscles, including your diaphragm and breathing muscles. This reslaxation period produces natural spontaneous exhalation, or breathing out. Once you have exhaled, pinch your nose closed and count your breath holding time in seconds. A timer is good for this. Keep your nose pinched until you feel the first desire to breathe. When you feel the first desire to breathe, take a breathe through your nose and note the seconds that you were able to hold your breath.

The first desire to breathe appears with an involuntary push of the diaphragm or swallowing movement in the throat. You should release your nose and begin to breathe when you feel the swallowing movement or the push of the diaphragm. Releasing your nose at this time will enable you to resume your usual breathing pattern. However, if you hold it too long, your breathing pattern will be disrupted.

It is important not to hold your breath too long. This will create a sensation where you are gasping for air or open your mouth when you release your nose. This test should be easy and not cause any stress. Your breathing volume should not drastically increase after the control pause test.

There are individuals who complete the test and have abnormally large numbers. This tends to happen in cases of carotid body resections, denervation of respiratory muscles and near death experiences. Individuals who suffer from sleep apnea and lost or blunted carbon dixoide sensitivity can also have exaggerated results.

Doctor Konstantin Buteyko and his medical collagues tested over 250,000 Soviet and Russian patients and discovered that the lowered control pauses tend to be present in chronically ill individuals.

Control pauses that ranged between 1-10 seconds were found in severly sick and critically ill patients. These were individuals who were usually hospitalized.

Control pauses that were between 10-20 seconds were found in individuals who had health complaints and often were on daily medication. These are individuals who often had been diagnosed with a health condition and regularly visited their doctor.

Control pauses that ranged in the 20-30 seconds faired much better. They had average health and usually did not have serious chronic health problems. These individuals often had minor complaints and did not spend a lot of time visiting doctors.

Control pauses that reached 30-40 seconds are often people who have average health. Major health problems are not evident.

Control pauses that are in the 40-60 second range usually are associated with people who have very good health.

Occasionally, you will find that some people have poor control pauses of less than 20 seconds, but they do not suffer from chronic diseases. This occurs when people do not have genetic predisposition to chronic diseases. Low body O2 compromises their health, fitness and quality of life though.

How does Control Pause Relate to Automatic Breathing?

The CP directly relates to your automatic breathing. It is very difficult to get a control pause result that doesn’t reflect how you are breathing normally throughout the day.

The medical evidence suggests that sick individuals are heavy breathers. The more and greater your breathing, the smaller your body oxygen levels become. If you have about 40 seconds for the body-oxygen test, you have normal breathing. You will have about a five to seven liter per minute for your minute ventilation. If your CP is 20 seconds, you breathe enough for two people. You are breathing twice as much as you need. If your CP is only 10 seconds, you are breathing enough for four people.

There are some simple things that you can do on a daily basis to improve your control pause, and increase your body oxygenation. These tips can improve your overall health over time. You may notice that you no longer suffer from symptoms of disease as you incorporate these breathing habits into your life.

Even though these rules may seem simple, you may be surprised to discover that you often are breathing incorrectly at certain times during the day. These simple rules may help to improve your condition or your general level of health. Many people who adopt these rules after a Buteyko seminar discover immediate improvements in their health condition.

How to Unblock Your Nose

Many people breathe through their mouth because their nose is blocked. This can be due to a cold or allergies and exacerbated by mouth breathing. If you currently have a blocked nose, you can unblock it easily by doing the following:

8 thoughts on “What is a Control Pause in Buteyko Breathing?”