So, I have been at the Keto/PKD version of the GAPS diet. I didn’t consume the expensive probiotic supplements that Natasha Campbell-McBride recommends. I did the first time I tried the diet and did not notice any difference. This time around, I have been focused more on getting the organ meats and animal proteins that are supposed to rebuild the body.

Oh, I wish I could report that I had hair regrowth at seven months into this stinkin’ diet. I know that Natasha Campbell-McBride says that some people need 2 years on the diet. I have read accounts from other people with alopecia that say they started seeing growth after a month and other people reporting hair growth at around eight months. It looks like I may be one of the few who are going to see results around month eight.

What I am noticing is a few more vellus hairs. What are vellus hairs? Those clear hairs that you need a magnifying glass and the right lighting to see. Nothing on top of my head. I am getting some funny lopsided growth patterns in the pubic region.

It actually looks like the number of vertical ridges on my fingernails are reducing. I have seen this before. It has come and gone, so I don’t know if this is real progress or simply different lighting. I almost thought that there were fewer affected nails, but as I examine them a bit more, it does appear that every nail on my fingers has a small amount of vertical ridging.

The toenails are a different story altogether. Two of them have a thick fungus on them. (I asked a doctor what to do about this and he basically said, “there is a very expensive prescription that usually doesn’t work. Don’t let it bother you.”) My two big toes have lots of ridging, but it isn’t necessarily vertical.

I wish I had better news to report with my epilepsy. During the sixth month, I had two seizures ten days apart. This could be my fault though. I had been reading up on vitamin D and how it can help with autoimmune conditions. I took a high dose of 50,000 IU of vitamin D. The very next day, I had a seizure. I have read that sometimes supplements can throw you too far out of balance. Luckily, I can now feel the aura coming on and lay in bed so I don’t hurt myself.

These two seizures were quickly recovered from. I felt more mental clarity afterward as Dr. Natasha Campbell-McBride described in her book. It could be that it was simply my body getting rid of toxin overload. Another explanation could be that there was too much sodium in my brain. Sometimes with the ketogenic diet, the body releases a lot of water at one time. This throws the electrolyte balance out of whack. It could be that this prompted it.

While I had great seizure control prior to starting the diet, my health was deteriorating in other ways. I hate that the adaptation phase of a new diet triggers my seizures, but overall I feel very healthy, energetic and good.

My allergies are non-existent. I have had a histamine reaction to some frozen beef a few weeks ago. I noticed that sometimes I will react to older meat occasionally. It caused my eyes to swell up and itch for a few hours.

The psoriasis is almost completely gone. There is a spot the size of my fingertip that looks a bit red. I don’t know if it will flare up out of nowhere or not. I’m staying optimistic about it. Sometimes it does seem like out of nowhere the dry skin overproduces and there will be a plaque on my skin.

What I’m Still Suffering From

What Has Cleared Up

I did not do the introduction diet for GAPS. The reason for this is that the day that I planned on doing it, a family friend took us out to lunch and gently pressured me to try sushi. So, I had some sushi and sashimi on January 1st. Otherwise, I have been pretty strict with sticking to meats, a few non-starchy vegetables and 1 or 2 fruits per day.

I am looking into the Carnivore diet or the intro diet for March. This week, I have a date and my birthday. It is so much easier to eat out when you are keto than carnivore. You can eat the side salad or broccoli and a bunless burger and steak. Eating only the meat on the plate makes you look a bit wasteful to your date.

I’m going to increase my exercise with Buteyko Breathing. I have found that usually provides me with a ton of energy. 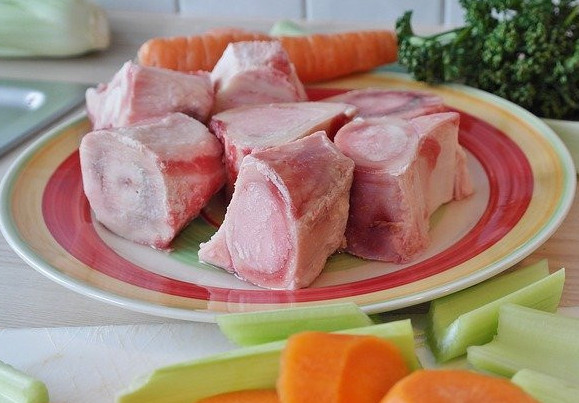