Asthma is a condition that I suffered from for a good portion of my childhood. Inhalers, steroids and allergist visits were a common part of my daily life as a child. I never felt that the inhalers were fully effective. I would exercise and wheeze. As the seasons changed, my breathing tended to be even worse. I can remember visiting the emergency room with such labored breathing that my mother was worried that I would die. Luckily, I started to manage it better when I became a swimmer. It wasn’t until years later that it became clear to me why my asthma improved as I swam more and more.

[easyazon_image align=”right” cart=”n” height=”500″ identifier=”B00RLU286G” locale=”US” src=”https://images-na.ssl-images-amazon.com/images/I/41lIfyvZQsL.jpg” tag=”mcurle08-20″ width=”331″]When I was in grade school, I was taught by my P.E. teacher to breathe in through my nose and out through my mouth when I exercise. It sounds easy enough, but it was very hard to do. I ended up gasping in through my mouth and exhaling through my mouth. As it turns out, we were both wrong in the correct way to breath. Our nose is what we are supposed to use for inhalations and exhalations according to the Buteyko Breathing method.

As I got older, I joined a swim team. There I learned to discipline myself and exhale more slowly. I was still inhaling through my mouth, but I was learning to control my breathing. I was also drinking lots of water. When I would feel overwhelmed and exhausted, I would grab my water bottle and drink more water. This gave me a break from the exercise and also rehydrated me. What I didn’t know at the time was that hydration and breathing are interconnected. A fully hydrated body does not wheeze! I just thought at the time that I was outgrowing my asthma and learning to manage it. Little did I realize that there was an underlying scientific reason that my asthma was going away.

Since CO2 is a potent vasodilator, reduced CO2 levels in the blood causes cell hypoxia leading to the suppressed and distorted reactions of the immune system. This creates the foundation for appearance of allergies and inflammation in airways, which manifests itself as asthma, with production of excessive mucus. Additional damage often takes place due to incorrect exercise leading to exercise induced asthma, which is what I had.

With prolonged hyperventilation and inflammation, some people develop severe asthma due to destruction of their lungs and ventilation-perfursion mismatch. This further reduces body oxygenation and makes symptoms of asthma worse.

I was actually training myself to breathe less and therefore more correctly as I was swimming! Later in life, I discovered the Buteyko breathing method and enhanced my health further as I focused on breathing only through my nose and slowing down my rate of breathing.

Asthmatics and The Acid/Alkali Balance

The body naturally regulates the acid and alkali balance in the body through breathing. The gas exchanges in the lungs regulate the hemoglobin in the body. Hemoglobin is a complex molecule that delivers carbon dioxide to the lung tissue to be released into the air as it collects oxygen to circulate through the body.

When carbon dioxidide leaves the lungs, the body fluids become more alkaline, which is an ideal situation for a healthy body. In asthma attacks, the escape of excess hydrogen atoms in the low volume exhaled air can make it acidic. Therefore, breathing normally is vital for the acid/alkali balance of the body. The direct relationship of air exchange in the lungs and effective pH regulation is the reason deep breathing is encouraged in all exercise protocols.

For asthmatics, due to the reduced rate of air exchange in their lungs, the acid-eliminating mechanism is inefficient and the main source of danger to their lives. Thousands of asthmatics die from this imbalance of their body physiology. The cause of death typically takes place in the brain that swells from inefficient oxygen supply and a faulty pH regulation that causes the brain cell environment to become fatally acidic.

Water is a key element in the acid/alkali regulation by the kidnesy. As the kidneys form more urine, they rid the body of excess hydrogen ions that would otherwise acid-burn some important parts inside the cells that produce the extra hydrogen.

Salt is another vital element for regulating the acid/alkali balance in the body, especially for brain cells. The element sodium in salt is involved in the extraction of acid radicals from inside the cells for secretion by the kidneys. Sodium is a factor in the forming of bicarbonate soda in the mucus layer of the stomach that protects its cell lining from the acid inside the stomach cavity.The pancreas also produces sodium bicarbonate and secrets it into the first part of the intestine at the same moment that the acid content of the stomach enters the intestine.

Ensuring that the body is fully hydrated allows for the appropriate gas exchange in the lungs during breathing and the elimination of the acid wastes that are naturally produced during metabolism. Dr. F. Batmanghelidj, author of the ABC of Asthma, Allergies and Lupus – Eradicate Asthma Now, recommends that you drink 1/2 an ounce of water for every pound of body weight that you have and take a 1/8 teaspoon of salt for every ten glasses of water that you drink. This protocol will help you to get to a healthy re-hydrated body.[easyazon_image align=”right” cart=”n” height=”500″ identifier=”096299426X” locale=”US” src=”https://images-na.ssl-images-amazon.com/images/I/51SkKU2IcdL.jpg” tag=”mcurle08-20″ width=”315″]

It is best not to drink all the water all at once. When you drink water too quickly, it actually becomes a diuretic and dehydrating. Break up the water doses throughout the day. Do not drink more that 32 ounces at a time. Ideally, you want to drink between 8-16 ounces at a time.

Since we respire during the night and lose some water through respiration, we should have two glasses of water when we wake up first thing in the morning to correct for water loss during the eight hours of sleep. Ideally, you want to ensure that you are hydrated when you are eating a meal. Therefore, it is ideal to drink water about half an hour before you eat and drink another glass of water 2 1/2 hours after food.

For people who don’t like the taste of plain water, drinking lemon water has many benefits for your body as well. You will get the benefits from the water as well as some vital nutrients and flavor from a splash of lemon!

Exercise feels problematic for a person with asthma. They don’t want to feel the pain of wheezing. They don’t want to trigger the discomfort of not feeling like they can breathe. However, exercise is the most important factor in survival after air, water, salt and food. Exercise expands the vascular system and prevents hypertension. It opens the capillaries int eh muscle tissue by lowering the resistance to blood flow. Exercise will build up muscle mass. It stimulates the activity of fat burning enzymes for the manufacture of constantly needed energy for muscle activity.

The best exercise for someone who is struggling with asthma is going to be walking. It may not sound exciting or even challenging at first, but it will be extremely beneficial as you are eliminating your symptoms of asthma and rehydrating your body. As you are healing, it is recommended to walk for an hour each day. You will gradually strengthen your muscles and be able to handle more challenging workouts. However, walking is an activity that can be done well into old age.

With proper breathing, hydration and daily walking, you can conquer your asthma symptoms! I know this as I have thrown out all of the asthma medications and inhalers that were prescribed to me. I have far more energy with the water cure protocol and proper breathing techniques than most of my friends who are relying on a boost from caffeinated beverages, such as coffee and diet soda. You can read up more on how I quit drinking soda here. 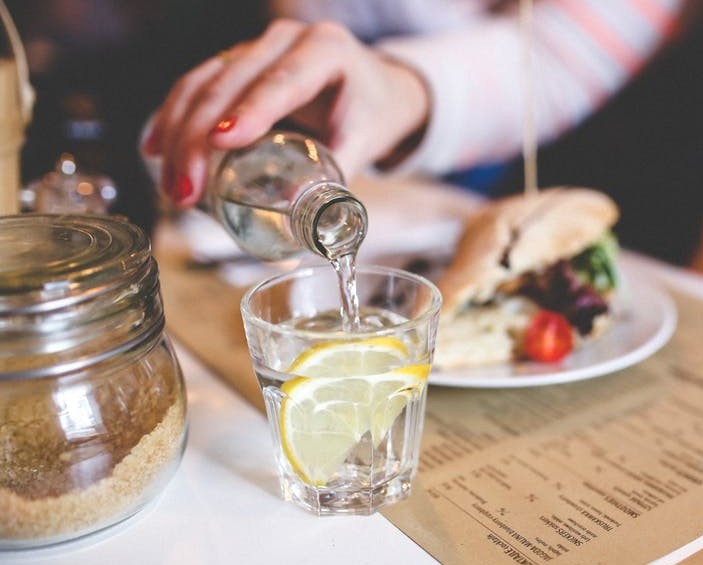 4 thoughts on “The Best Home Remedy For Asthma Relief”