Some people have difficulty falling asleep or staying asleep. One of the best things that you can do to improve your sleep is get exercise. However, if you are simply exercising with poor breathing habits, such as breathing in and out of your mouth, you could be making your health worse instead of better. One of the main reasons for this is that the nose produces nitric oxide. Nitric oxide is essential in the regulation of sleep- wake states.  Additionally, your nose is the organ that has the ability to prepare the air you breathe properly. Mouth breathing leads to over-breathing, chronic hyperventilation, lowered carbon dioxide levels, build up of toxins, narrowing of the airways and a reduction in blood circulation. 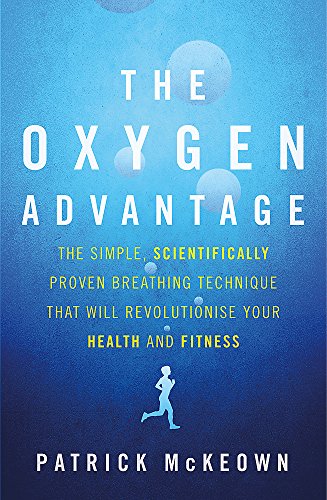 Overbreathing and hyperventilation during exercise can lead to reduced performance, and can also cause vasoconstriction, which increases your risk for arrhythmias and heart problems, even if you have none of the usual cardiac risk factors.

One scary fact about the nose is that it is the home to more than 50 bacterial species. Some of the species are beneficial, but most of them are not. But the good ones can kill some of the bad ones. However, if we bypass the nose for breathing, the bad ones tend to dominate. Staphylococcus Aureus infections cause disease due to direct infection or due to the production of toxins by bacteria. Aureas, one of the hospital acquired staph infections that include the blood and the heart is present in thirty percent of the population, including hospital employees.

Nasal breathing increases our energy levels. When we breathe, we use our lungs. The lungs extract oxygen from the air we breathe on the exhale portion of the breath. Since the nostrils are smaller than the mouth, when air is exhaled through the nasal passages, it creates a sort of back pressure. This slows the air escape enabling the lungs to have more time to extract oxygen. Only when the oxygen-carbon dioxide exchange is correct will the blood maintain the proper body pH. When carbon dioxide diminishes rapidly, as it does during mouth breathing, the absorption of oxygen decreases.

In the nasal passages there are afferent stimuli from the nerves that regulate breathing. The air that gets inhaled passes through the nasal mucosa and carries the stimuli to the reflex nerves which control the breath. Mouth breathing bypasses the nasal mucosa and makes breathing irregular. While you sleep, it predisposes one to loud snoring, irregular breathing, sleep apnea and heart conditions.

Mouth breathing triggers a response from the brain where it stimulates the goblet cells to produce mucous, slow the breathing and cause constriction of blood vessels. This response is eliminated when breathing through the nose because nasal breathing limits air intake and forces you to slow down your breathing. Proper nasal breathing reduces hypertension and eliminates stress in the average person.

Nasal breathing leads to better filtration of toxins. The nose contains cilia, which trap bacteria and prevents them from entering the body. The nostrils also filter and warm up the air going to the lungs. This is a step that is not done when breathing through the mouth. The sinuses also produce nitric oxide, which is harmful to the bacteria and prevents infections.

So, how does one achieve nasal breathing twenty four hours a day and seven days per week? One must practice breathing exercises during their awake hours in order to eliminate their irregular sleep breathing. This is a simple task that does take some time and dedication, but pays off huge health benefits in the long run.

When you start learning Buteyko breathing exercises, the first thing that you’ll learn is how to measure your control pause. This gives you an idea of how much oxygen is in your body. The longer the control pause, the better health you will likely have.

Below is a video demonstrating how to measure your control pause.

I personally use the Buteyko breathing exercises. The simple Buteyko steps exercise is one that can be done while walking. You simply exhale through your nose and plug your nose. Keep your mouth closed and count how many steps you can take before you feel an air shortage. You ideally want to make it up to 80 steps. Each time you attempt this it will get easier and easier.

Another great tool to improve your breathing are breathing devices. As I was learning to slow my breathing down, I used the BreathSlim device. It is a simple device that is used to slow down the breathing. While it is done using your mouth to create resistance, it traps the carbon dioxide and you breath that back into your body. It is only meant to be used for about fifteen minutes at a time. Afterwards, you will notice that your breathing is slower and if you are mindful, you should be breathing through your nose. The BreathSlim device is no longer on the market, but one that is very similar is the Frolov breathing device. 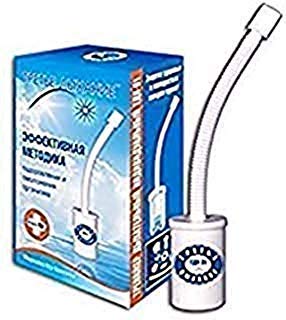 Another great breathing device that I like to use is the Elevation Training Mask. The great thing about the elevation training mask is that it creates a resistance for your lungs and you can do the Buteyko Steps exercise while you are wearing it. The elevation training mask is the tool that I used to train myself to breathe through my nose while I exercise.  It is very effective and will improve your endurance and overall workouts.

8 thoughts on “Do Breathing Exercises for Better Sleep!”