Vitamin D is often known as the sunshine vitamin because our bodies can produce vitamin D through sun exposure. However, as people spend more time indoors and eat a diet rich in refined carbohydrates, more and more people are suffering from diseases related to Vitamin D deficiency. 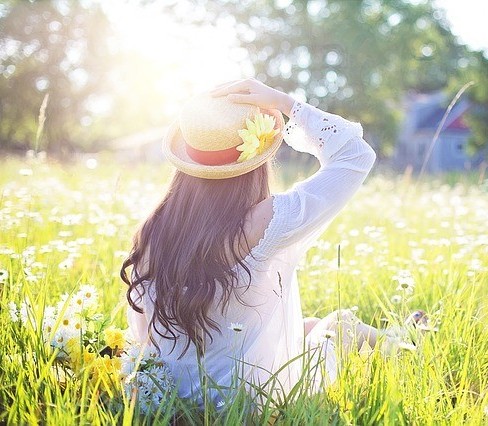 As someone who has epilepsy, I had a personal interest in learning more about how vitamin D levels effect the seizure threshold. As it turns out, seizures can be triggered by a low vitamin D level. Unfortunately, this is a downward spiral. Having a seizure uses up even more vitamin D. Therefore, your seizure threshold is reduced after having one. The current treatment is through anti-epileptic medications. Anti-convulsants interfere with the body’s production and usage of vitamin D. Once you are on anti-convulsants, it is very difficult to restore your vitamin D levels to normal.

Researchers have found children with type 1 diabetes are more likely to suffer from a vitamin D deficiency compared to the general population. The recommendation for daily vitamin D supplementation in Finland was reduced from 4,000-5,000 IU/day in 1964 to 400 IU/day in 1992. During this time frame, the type 1 Diabetes patients increased by 350% in children 1-4 years of age. It increased 100% in individuals 5-9 years of age and 50% in those 10-14 years of age. Authorities required that the milk be fortified with vitamin D2 in 2006. At this time the incidence of type 1 Diabetes plateaued and began to decrease. This suggests that there is a link between Diabetes and vitamin D deficiency.

A study published in August 2014 in the journal Neurology discovered that a severe vitamin D deficiency in older individuals is associated with some forms of dementia, including Alzheimer’s. Alzheimer’s disease is the most common form of dementia. It involves a decline in thinking, behavior and memory.

The study analyzed more than 1,600 people age 65 or older that didn’t have any symptoms at the beginning of the study. Compared with people with normal vitamin D levels, those with lower levels of the vitamin had a 53% increased risk of developing dementia. Individuals who were severely deficient in vitamin D had a 125% increased risk of developing dementia. The researchers found that people with lower levels of vitamin D were 70% more likely to develop Alzheimer’s disease.

Researchers noted that the study was observational. This means that there isn’t a direct cause and effect relationship with vitamin D. However, vitamin D may help to clear plaques in the brain that are linked to dementia.

A study published in May 2014 in the journal Clinical Cancer Research discovered a link between low vitamin D levels in the blood and aggressive prostate cancer.

The researchers observed the levels of 667 men between the ages of 40-79 undergoing biopsies. They noticed a strong connection between vitamin D and prostate cancer in African-American men.

It is important to note that the findings were observational. However, to help reduce your risk potential of prostate cancer, you may want to ensure that you get adequate amounts of vitamin D.

Vitamin D and Risk of Schizophrenia

Schizophrenia is a severe brain disorder which affects 1.1% of American adults. The symptoms of schizophrenia include hallucinations, incoherent speech, withdrawal from others and difficulty focusing or paying attention. The symptoms often appear between the ages of 16 and 30.

More clinical trials are needed to determine whether vitamin D treatment can prevent schizophrenia. However, it is a great idea to ensure that you are meeting your daily vitamin D requirements on your own.

Many studies have indicated a connection between low vitamin D blood levels and heart disease complications. A review published in January 2014 in Circulation Research cites research that suggests vitamin D levels are a potential culprit for health problems that are related to heart disease including atherosclerosis, hypertension, diabetes and stroke. However, science hasn’t established if supplementation will reduce the risks.

Sticking with a diet that is high in vitamin D and exercising can help you raise your vitamin D levels. This may reduce your risk of heart disease.

How Much Vitamin D Do You Need?

The recommended daily allowance of vitamin D is 600 international units daily. This is according to the National Institute of Health. A few minutes outdoors in the sunshine with your skin exposed can help to meet some of those needs.

There are many foods that are rich in vitamin D. Fortified dairy, egg yolk, beef liver and fatty fish, like salmon and canned tuna are a great source of vitamin D.

Vitamin D supplements may be an option for you if you can’t get regular sun exposure and don’t have access to vitamin D rich food sources. Work with a registered dietitian or your primary care provider to discover whether a high dose of vitamin D or a low dose will address your health concerns.