Yes, you are supposed to keep your carbohydrate count below 20 grams on a ketogenic diet. Your fat intake should be in the seventy percent range and your protein intake should be in the twenty-five percent range. However, there are some foods to avoid on the ketogenic diet for specific reasons beyond their carbohydrate count. Understanding why you should avoid some foods will help to strengthen your resolve and stick with your diet.

What? Potatoes are a vegetable! If I just have a tiny bit of potatoes and fit it into my macros, can I have potatoes. Unfortunately, the carbohydrate count in potatoes makes it very difficult for that to happen, but there is another great reason to avoid potatoes. They are a nightshade plant. 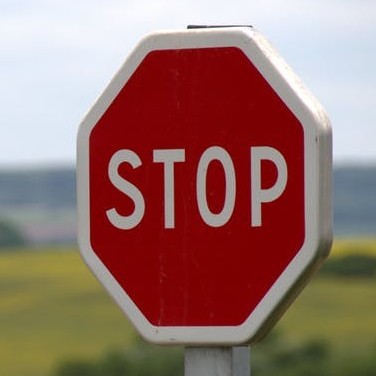 Nightshades are plants that have specific compounds that are detrimental and inflammatory. Many people with autoimmune diseases have their conditions exacerbated by eating nightshades.

There are a group of chemical compounds in nightshades known as alkaloids. These include solanine, which is found in potatoes.

When the plant is alive, these compounds work together as its inherent pesticide, defending itself from plants that would otherwise kill it. They are designed to be toxic. In the poisonous members of the nightshade family, these chemicals are so concentrated that the also have deadly effects on humans.

However, since humans are much larger than bugs and molds, and since we don’t eat the most alkaloid rich parts of the potato plant, most of us don’t notice a huge effect from consuming these small amount of alkaloids.

A healthy gut can deal with these chemicals fine, however most people now have a damaged digestive system. If you suffer from an autoimmune disease, you likely will deal with an immune response when consuming potatoes.

Alkaloids themselves can also create gut irritation. Their job in the plant is to kill things. When they start killing things in your intestine, it usually happens to the cells that line the intestinal tract. This irritation of the gut can contribute to a phenomenon known as “leaky gut” syndrome. This will trigger an autoimmune reaction.

Another great reason to avoid plants in the nightshade category is because research has shown that there is a possible link between chronic inflammation in the body and a variety of symptoms and illnesses. Up to 90% of individuals who suffer from chronic join pain are sensitive to nightshades.

Beans, which are part of the legume family, contain phytic acid in addition to an elevated carbohydrate load. Phytic acid can bind to nutrients in the foods you eat, which prevents you from absorbing their nutrients. It won’t steal nutrients that are already in your body, but it does reduce the nutrient density that is listed on the nutrition facts panel.

Legumes are also known as FODMAPS, which means that they contain the carbohydrate galacto-oligosaccharides, which can create unpleasant digestive issues for some people, especially those who are already suffering from irritable bowel syndrome or similar digestive disorders. While not everyone is sensitive to FODMAPS foods, it is definitely a concern for anyone who already has digestive issues.

Beans also have a high lectin content. Lectins are found in almost all foods, but not all lectins are problematic. Some people react poorly to lectins. Potentially toxic lectins can be found in legumes.

Grains contain phytates, gluten and lectins. These all can have negative impacts on your health.

The phytates in grains will bind to dietary minerals and reduce the amount that you absorb. Therefore, if you are consuming grains, you want to ensure that your diet is rich in minerals. To help break down phytates, you can soak food in yogurt, buttermilk, or water combined with lemon juice or vinegar.

In wheat, gluten is one of the main problems for many people. Gluten is the protein which allows for bread to rise by forming gas cells that hold off carbon dioxide as it ferments. Due to modern farming and technology, the gluten in wheat products has increased by about 80%. Gluten is worse than lectin and phytic acid. Gluten is found in barley, rye, and wheat. Gluten destroys the microvilli in the small intestine, which results in leaky gut syndrome. This will trigger autoimmune diseases and allergies.

Roughly 2% of Americans have Celiac disease. Twenty-nine percent of people test positive for the anit-gliadin IgA in their blood, but are asymptomatic. There is a larger amount of the population which suffers from gluten intolerance with symptoms such as headaches, joint pain, skin problems, seizure disorders and mental disorders.

Additionally, gluten can trigger the over-abundance of zonulin. This is a protein which is responsible for the permeability of tight junctions between the cells of the wall of the digestive tract. Too much zonulin production disrupts intestinal barrier function.

The lectins from grains cause leptin resistance. This means that your hunger signal is suppressed and that you’ll be hungry even when your body has had more than enough calories. Lectins are resistant to heat and digestive enzymes. They can bind to almost any cell types and cause damage to tissues and organs.

The lectins in grains cause agglutination. Agglutination stimulates the synthesis of chemical messengers that are responsible for inflammation in response to injury or invasion. It also stimulates pro-inflammatory cytokines and causes gut permeability, which enables bacteria and large particles to enter the bloodstream. Agglutination also inhibits the nerve growth factor, which keeps neurons alive and thriving, and sticks to the protective covering of the nerves, or the myelin sheath. Agglutination can also disrupt the endocrine function and interfere with genetic expression.

Sugar and Corn Syrup have extremely high levels of carbohydrates, so you wouldn’t reasonably be able to fit them into your daily ketogenic diet. However, there are some other great reasons to avoid sugar and corn syrup like the plague.

First and foremost, sugar enters the bloodstream from the digestive tract. Then it is broken down into glucose and fructose. Glucose is found in every living cell that is on our planet. If we don’t consume glucose, our bodies end up producing it. Fructose, on the other hand is not produced by our body. There is no physiological need for fructose.

The problem with fructose is that it can only be metabolized in the liver in small amounts. This is not a problem if we are consuming tiny amounts, such as in berries. When that happens, the fructose will be turned into glycogen and stored in the liver until it is needed by the body.

If the liver hits its glycogen limit, eating a lot of fructose will overload it and force it to turn the fructose into fat. Repeatedly consuming large amounts of sugar can create a fatty liver and more serious problems.

Sugar also causes a release of dopamine in the reward center of the brain. The dopamine release from sugar and corn syrup is much higher than we were ever exposed to in nature. It is this dopamine release that creates an addition to sugar.

Growing research supports the conclusion that sugar, not fat, is the leading driver of heart disease through the harmful effects of fructose on the metabolism.

Large amounts of fructose raise triglycerides, small dense LDL and oxidized LDL. This is very bad. It also raises blood glucose and insulin levels and increases the abdominal obesity in as few as ten weeks. These are all factors for heart disease.

Processed Foods – Anything that comes in a Box

When it comes to staying on a low carbohydrate, or ketogenic diet, you’ll want to avoid anything that is processed and comes in a box. The reason for this is that the ingredients for processed foods are typically grains, sugars and beans. Processed foods are generally nutrient poor foods that are high in preservatives. Avoiding processed foods when on a ketogenic diet will simplify the diet for you. You won’t have to read and look up ingredients that are unfamiliar to you. You can be confident that the meat and veggies that you have selected for your meal don’t contain hidden ingredients if they haven’t been processed and packaged.