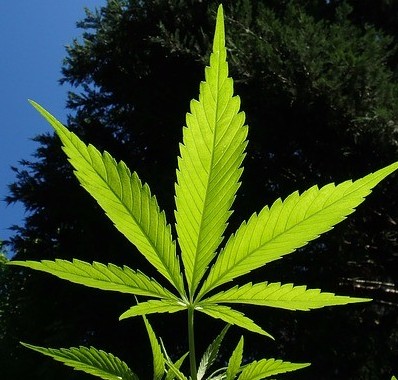 Cannabis is one of the most interesting plants on the planet, that our ancestors have had a long and complex history with. And now today, we understand the herb on a level that the ancient world would never have considered: a scientific one. And as the microscope has focused in on cannabis over the past century, we have learned much about it, even despite the barriers to research that prohibition has unfortunately brought.

For thousands of years, we have known that cannabis can alter our state of consciousness, and that the plant has therapeutic properties which help to improve our health. We are now aware that the medicinal qualities of cannabis come overwhelmingly from a set of unusual compounds called cannabinoids and, to a lesser extent, terpenes, aroma molecules that are well-represented in other plant species. However, it is the cannabinoids that have intrigued researchers most, and Israeli chemists Dr Raphael Mechoulam, Dr Yechiel Gaoni, Dr Habib Edery and others have offered ground-breaking insights into what these chemicals do.

In the 1960s, Mechoulam and co paid close interest to two cannabinoids in particular: cannabidiol and tetrahydrocannabinol (CBD and THC). While CBD is our main focus in this article, it is important to first understand the development in our knowledge of THC, as this explains why CBD can also have a medicinal effect on the body.

THC, anandamide and the endocannabinoid system THC is not merely a psychoactive cannabinoid, but a very potent one. THC was first isolated by Mechoulam and his team in 1964, and this was the first time that the psychoactive properties of cannabis had been connected to a single compound. This was important, and after defining the chemical structure of the cannabinoid, the Israelis had a stepping stone to working out why THC affects the body in the way that it does.

Almost 30 years later, a neurotransmitter and endocannabinoid known as anandamide, or the ‘human THC’ was found, marking a successful research product for Mechoulam, who was attempting to discover if the body endogenously produces a chemical akin to THC.

The identification of anandamide in the early 1990s came alongside the discovery of the endocannabinoid system. This has been absolutely critical for the progression of cannabis science, as it has demonstrated that cannabinoids function in a system independent from those that we already knew of. The endocannabinoid system appears to have two key receptors (CB1 and CB2) that can modulate sleep cycles, immune system response, mood, stress, appetite, reproductive cycles and pain perception.

Both THC and anandamide connect with the CB1 receptor, causing changes in mood. The reason why THC makes us “high” and anandamide doesn’t is that THC is not so easily broken down by the body, as opposed to anandamide which is speedily degraded by fatty acid amide hydrolase (FAAH), an enzyme.

How CBD interacts with the endocannabinoid system

This brings us neatly back to CBD, a cannabinoid that works with the endocannabinoid system in a more nuanced way to THC, but in a manner that is arguably more effective. Every system tries to maintain equilibrium, so that the body can remain in a pleasant state of homeostasis, that brings physical and emotional balance. However, if just one of the mechanisms in the endocannabinoid system gets out of sync, this can have an adverse, knock-on effect on our health. For instance, it is the role of endocannabinoids to manage inflammation, so that the immune system doesn’t go into overdrive and attack the body (this happens with autoimmune disorders like rheumatoid arthritis and psoriasis).

But while THC affects cannabinoid receptors by hijacking them, CBD produces an array of indirect effects that helps to sort out imbalances in the endocannabinoid system. For instance, CBD can block enzymes that break down endocannabinoids, reduce or amplify the effects of compounds that bind to receptors by acting as a negative or positive allosteric modulator to the receptor, and also by correcting endocannabinoid signaling issues. Let’s look at how CBD’s interactions can have a noticeably beneficial effect on our mental and physical health.

The body needs antidepressant anandamide for many reasons, but this neurotransmitter could be especially important for treating symptoms of depression. With anandamide binding to the CB1 receptor and boosting mood as a result, the most logical way of treating depression via the endocannabinoid system is by increasing the presence of anandamide. While CBD cannot create new anandamide molecules, it can protect the anandamide already in the body by inhibiting the FAAH enzyme. With major depressive disorder affecting more than 16 million Americans in 2016, it’s clear that novel treatments are needed for the condition, which is typically managed with SSRIs – unfortunately, this class of antidepressant causes side effects and fails to work for many patients. Additional studies are needed to confirm the effects of increased anandamide as facilitated by CBD, and also if the cannabinoid functions in other networks – one study suggests CBD interacts with a serotonin receptor. To enjoy a quick boost in mood, a fast-intake method such as vaping CBD e-liquid is recommended. However, all types of CBD can – at various speeds – help to relax the body, relieve anxiety and elevate mood.

Psychosis is a serious mental health disorder that can cause hallucinations and delusions. In the past, cannabis was often accused of making conditions like psychosis worse, but research into CBD suggests that it can mitigate symptoms by acting as a negative allosteric modulator to the CB1 receptor. This effect was first realized when looking at the reactions between THC and the CB1 receptor – research showed that THC psychoactivity was reduced when CBD was also present.

The effectiveness of approved antipsychotic drugs is limited, and patients of 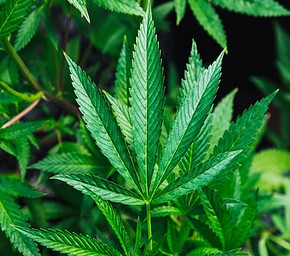 ten report symptoms of shakiness, restlessness and sleepiness. However, a study of 88 psychosis patients showed that CBD reduced symptoms yet produced no side effects – the investigation involved CBD and a placebo, and the researchers were initially unable to tell which group had been given which treatment.

There are many more benefits to CBD, although for now clinical trials prevent us from making solid claims about the compound’s properties. However, patients with anxiety, inflammation, neuropathic pain and more are reporting positive results from self-medicating with CBD products, such as CBD gummy bears, CBD lollipops and even CBD chocolate.

5 thoughts on “Exploring the 21st century science behind CBD”