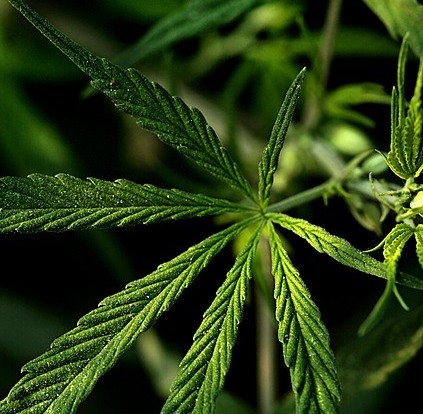 An overview of CBD

Cannabis is back in mainstream society, yet as a totally different plant from the one that was synonymous with the 1960s and the hippie era. While still popular as a recreational substance, the medicinal benefits of the herb are of more interest nowadays, with scientific, technological and political developments carving out a market for non-psychoactive cannabis products made with cannabidiol (CBD), a component of cannabis with several therapeutic uses, but no psychoactive properties.

The non-psychoactive attribute of CBD has helped fuel the popularity of CBD-based products. Previously, medical cannabis has struggled to gain traction as a viable treatment for various health conditions, as the “high” from tetrahydrocannabinol (THC) made the herb easy to abuse and become mentally dependent on. Studies have also shown that the body becomes desensitized to THC with excessive consumption, causing those who do become hooked to seek out stronger and stronger fixes. But, cannabis advocates are always keen to point out that THC does have unique medical qualities that are sometimes necessary – in the case of post-traumatic stress disorder (PTSD), THC is effective at deleting flashbacks from memory.

Thankfully, none of this happens with CBD, and even though the compound does help to improve mood and can be rather relaxing in large quantities, the World Health Organization (WHO) has decided it has “no abuse potential,” after the WHO’s Expert Committee on Drug Dependence met in late 2017. Furthermore, CBD has a remarkably low toxicity, meaning it’s perfectly okay to take very strong doses if that’s what is necessary to provide relief – research has found that the body can easily tolerate 1,000mg of CBD over 24 hours. Meanwhile, a first-time user would probably need no more than 10 to 20mg.

CBD products are also safe for all ages, and do not come with the horrible side effects that many painkillers, anti-inflammatories and antidepressant treatments do. In fact, the suitability of CBD-rich cannabis oil for children with medication-resistant epilepsy has been the most positive cannabis-related story in the news media this decade. The first wave of interest into CBD came in 2013, following Dr Sanjay Gupta’s Weed documentary for CNN, which showcased the modernizing world of medical cannabis, and featured some human-interest stories on child patients with epilepsy.

One type of epilepsy that has proven treatable with CBD is Dravet’s syndrome, a complex condition that can cause more than 100 seizures per week. This was a reality for a young Colorado girl named Charlotte Figi, who had difficulty talking, eating and walking because of the debilitating effect of the seizures. However, after her parents stumbled across a story of a Californian child patient with Dravet’s enjoying successful results from CBD treatment, they pushed so Charlotte could have the same. The CBD worked, and the seizures started to reduce in frequency and severity from the first dose – now, Charlotte suffers from just a couple of seizures per month, and these mostly occur in her sleep.

It is these extraordinary medical scenarios that have helped to advance the more general argument for medical cannabis, and as of 2018, 46 states out of 50 (and Washington D.C.) have brought in at least one piece of cannabis legislation. Some states have gone for full legalization, whereas others like Alabama currently only permit cannabis treatment as part of a study (the University of Alabama at Birmingham is investigating the effectiveness of CBD oil against epilepsy).

8 thoughts on “An overview of CBD”