As the topic of legalizing marijuana and medical marijuana gains traction in the news, many people are wondering is CBD oil a drug? Many people have heard about the miracle of CBD oil for epilepsy and seizure control. However, there are still questions about whether there will be long term side effects. 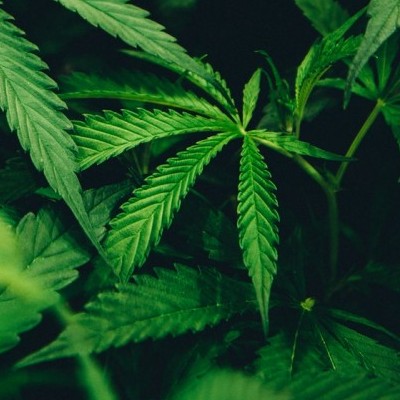 First, let me throw in a disclaimer. I am not a doctor. I am not legally allowed to recommend a course of treatment. I’m simply a health blogger who tinkers with alternative treatments in hopes to cure myself of alopecia universalis and epilepsy. You are free to test out CBD oil on your own at your own risk.

Is CBD Oil a Drug?

Yes, my friend, I do believe that CBD oil is a drug. Many people will jump down my throat at that statement because it is a “natural substance”, but hear me out. You should also realize that nowhere in nature is the oil found in the oil form that you purchase. That amount is extracted from multiple plants.

The definition of drug is a medicine or other substance that when ingested or otherwise introduced into the body has a physiological effect on the body.

CBD oil is an “other substance” which does cause a physiological effect on the endocannabinoid system. It upregulates the endocannabinoid system. This can create positive effects for the person taking it. Also, it is important to note that it is not a cure. When you stop taking the CBD oil, your symptoms are likely to return unless you have changed your lifestyle such that the underlying inflammatory condition cleared up.

The Miracles of CBD Oil

CBD oil is successfully treating many people who have seizures. It’s often used for people who have intractable epilepsy for whom other treatments have failed. This is somewhat miraculous because seizures are not very well understood by the medical profession. In my own experience, my doctor told me that my seizures were “idiopathic” and left it at that. They didn’t know what was causing them and they would trouble shoot with anticonvulsants.

Where Can I Buy CBD Oil?

Most doctors are not prescribing CBD oil as it is not a pharmaceutical drug that they have a lot of training and information about. There are some doctors that are specializing in treatment with CBD oil, but they tend to be in states with legalized medical marijuana, such as Colorado and California.

The CBD oil industry has paired up with MLM companies. There are many representatives that are selling CBD oil. You can also purchase it from a few companies that are selling it online. While the companies claim that it is legal in all 50 states, please understand that is somewhat of a gray area. It can be considered a drug, although it is not by many people. It’s unlikely that if you purchase a bottle from a representative that you’ll be arrested, but it is possible that laws may shut the business down depending on the politics of the day.

CBD oil may not be a miracle superfood. It currently isn’t a pharmaceutical drug, but it acts on the body as one. The great thing about CBD oil is that you can try it out without a prescription. There are plenty of MLM reps that will be happy to sell you a bottle if there isn’t a marijuana dispensary in your state. It is now much easier to obtain CBD oil that it was just five years ago. If you are using CBD oil and not changing the eating or lifestyle habits that led to your conditions, CBD oil is just going to give you temporary relief of your symptoms. If you do combine CBD oil with other healing habits, it could assist the body in healing itself and be your miracle cure. Either way, I believe it is worth a try. I personally have been taking the Hempworx brand for about two weeks. Nothing miraculous has happened for me yet, but I feel great overall and I’m optimistic.

4 thoughts on “Is CBD Oil a Drug or a Miracle Superfood?”