When my neighbor, an ophthalmologist, was diagnosed with pre-diabetes. He made drastic changes to his diet. He had been 30 pounds overweight and eating whatever he pleased. However, a diagnosis of pre-diabetes motivated him to change his lifestyle habits. We were surprised to hear what he was doing based on the fact that he was a medical doctor. He cut out carbohydrates drastically. His motto was “no carbohydrate is a good carbohydrate”. 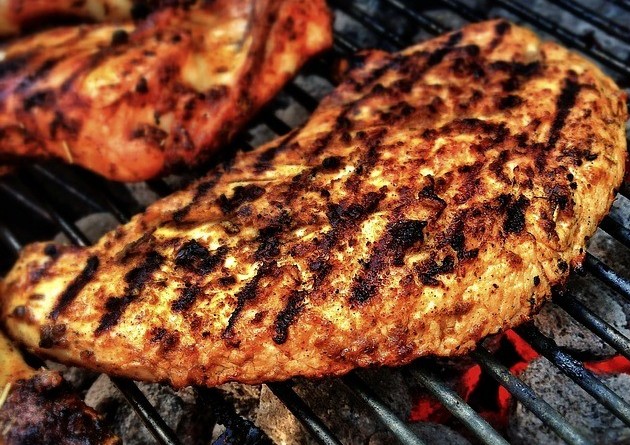 My neighbor was able to reverse his diagnosis. We joked about the diet for years, but his weight normalized and so did his blood sugars. He focused mostly on eating chicken and broccoli (so, he wasn’t zero carb, but pretty close to it.) We were amazed that such a simple diet produced drastic results.

What is a Zero Carbohydrate Diet?

Traditionally, those who practice a Zero Carb diet are eating everything in their diet from the animal kingdom. They do not consider plant foods to be food. There are many vegetable oils that can damage your health with unnatural omega 6 ratios. Many of the long time practitioners stress a preference for beef in their diet. They find it to be the most satiating of all the meets. Zero Carb-ers also eat pork, bacon, sausage, lamb poultry, fish, hard cheese and eggs. Most dairy products will contain significant quantities of carbohydrates, so zero carb-ers tend to avoid them. Lean meat may not be as filling as meat that has a good amount of fat, therefore if the meat that zero carb-ers eat is too lean, they may add extra butter, ghee, tallow or lard.

The reasoning behind a zero carbohydrate diet is that carbohydrates tend to create inflammation in the body. All diseases have a degree of inflammation. In order to reduce the inflammation in the body, you must eliminate the consumption of inflammation causing foods, these actually are carbohydrates. All plant foods contain certain anti-nutrients that make them difficult to digest. The lectins found in nuts can be inflammatory to some people. Others may have difficulty with goitrogenic foods (broccoli, cauliflower). Goitrogenic foods can lower the thyroid function. The oxylates in leafy greens can also create kidney stones, so even that spinach that you were told to eat may not have been the best thing for you.[easyazon_image align=”right” cart=”n” height=”500″ identifier=”1548697192″ locale=”US” src=”https://images-na.ssl-images-amazon.com/images/I/51VbhkpN3KL.jpg” tag=”mcurle08-20″ width=”333″]

Meats, on the other hand, don’t require the perfect gut microbiome to be digested. They aren’t full of fiber that can’t be digested and just gets pooped out. Meat is a complete protein and full of all the nutrients that your body needs to survive. For this reason, zero carb dieters thrive on meats. Some people have had some incredible healing from going to a meat-based diet.

Who is the Zero Carb Way of Eating For?

This is for everyone. Unfortunately, most people won’t bother to change their way of eating unless prompted to by a pending health condition, such as my neighbor did. The people who will see the most immediate benefits from zero carb eating will be people who have autoimmune conditions, overweight individuals, and people who are suffering from diabetes. These individuals will be the most motivated to change their diets. Overweight individuals will likely see their weight drop to a normal size quite quickly. While individuals with autoimmune conditions may take a few months to see some progress and healing from their disease.

1) Eat only from the animal kingdom. Meat, eggs, and dairy will be your diet. No carbs. You may even want to skip the dairy as some of it will have carbohydrates. Dairy can also be somewhat difficult for some people to digest.

2) Stay full. As long as you eat meat, eggs and dairy until you are full, you won’t feel the temptation to eat things you shouldn’t.

3) Eat enough fat. Don’t be stingy with the bacon! Fat keeps you full and gives you plenty of energy.

4) Avoid all sweet tastes. This is going to be difficult for many people at first, but it is the fastest way to kill the cravings of sweets and sweet foods. The best thing to do is set a short term goal of about a week to avoid sweet foods. After that, you’ll feel confident that you can do it long term.

5) Drink water only when you’re thirsty. We have been taught to overhydrate ourselves. While eating plants, it can be beneficial to wash some of the antinutrients out of our body with excess water, but on the Zero Carb diet, you don’t want to be peeing out essential minerals. Seltzer water, unsweetened tea, unsweetened coffee are used by many zero carbers. Each individual will decide what is best for them. There is no benefit to forcing down gallons of water each day. Simply follow the rule of drinking when you are thirsty and stopping when you’re not.

6) Don’t count calories. Simply eat when you’re hungry and stop when you are full. You may find that you need to eat more on days that you’re more active and less on days when you aren’t.

One thing that I would recommend doing is checking out some of the Facebook groups that revolve around the zero carb diet. These include the following:

You may also want to check out some of the healing stories and testimonials on sites such as:

6 thoughts on “Exploring the Zero Carb Way of Eating”