Asthma is a horrible condition. I know, I suffered from it at a young age. Your chest tightens up and your breathing becomes labored. It is uncomfortable and embarrassing. Even the inhalers only provided minor relief. Sometimes a prescription breathing treatment was necessary to stop the wheezing.

While it may seem far-fetched, practicing Buteyko Breathing exercises can eliminate the majority of your asthma symptoms. It has worked for me and can work for you too!

Now, let me preface this by saying, I’m not a Buteyko breathing instructor. I am a student and have experienced the results in my own life.

Let’s go over some of the reasons why it works and the downside of Buteyko Breathing Exercises.

How Does Asthma Develop?

The immune system will become hypersensitive to allergens from foods and will weaken the response to pathogens.

Hyperventilation should mean a state of increased alertness and emergency. Keeping your body constantly in this state is not good.

The reason steroids and inhalers tend to work is that they halt the inflammatory response. They do it unnaturally though and you begin to rely on them. 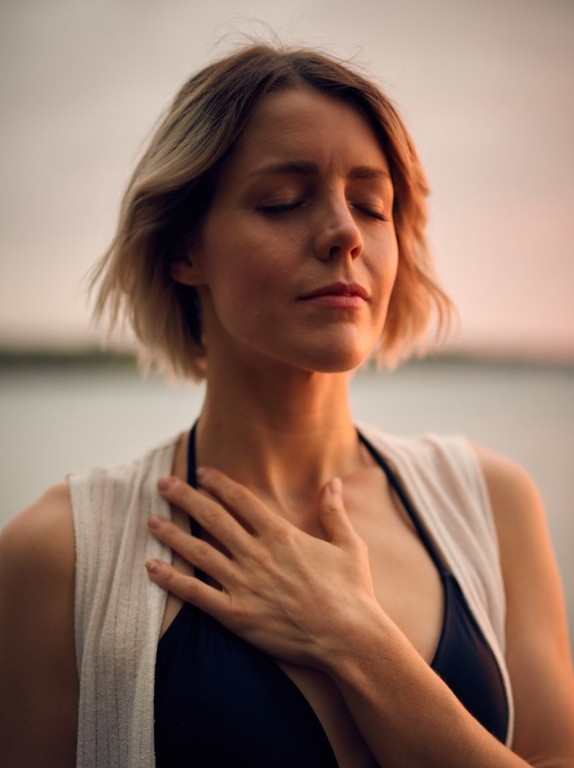 Whether you achieve asthmatic freedom from Buteyko Breathing exercises or not, there are some great benefits to using this technique.

How Does it Work?

The theory behind Buteyko Breathing is that the gas exchange has been messed up. You are taking in too much oxygen too quickly and your body isn’t able to correctly utilize it for bodily functions.

The Russian medical doctor, Konstantin Buteyko, noticed that people who had severe illnesses tended to hyperventilate and release too much carbon dioxide from the body. To compensate, their bodies limited the release of carbon dioxide with the tightening of the bronchial muscles and production of mucus.

Diseases start to occur because the body doesn’t have the proper balance of carbon dioxide and oxygen. Balancing out the body with proper breathing enables it to function better and eliminate symptoms of disease.

The technique that Buteyko designed is thought to correct hyperventilation and the decreased levels of carbon dioxide. The breathing techniques can lead to a reduction in reliance on asthma medications.

Breathing through the nose rather than through the mouth will improve asthma symptoms. The mouth dries the airway and makes it more sensitive and prone to mucus production.

Is There Evidence for Buteyko Breathing and Asthma?

There have been studies done using the Buteyko breathing techniques that demonstrate that it is effective. The Medical Journal of Australia published a study in 1998 noted a trend towards the reduction of steroid use and reportedly a higher quality of life.

In 2000, The Journal of Asthma published a study of 36 adults with mild to moderate asthma. They either received Butyeko Breathing therapy for four weeks or a placebo video. The results showed a significant improvement in quality of life with the Buteyko exercises as well as a significant inhaled bronchodialator intake.

The New Zealand Medicine Journal also looked into the Buteyko breathing exercises. They followed 38 people with asthma for six months following the intervention. The Buteyko breathing group exhibited a reduction inhaled steroid use of 50% and beta2-agonist use of 85%. The control group was unchanged.

While most people are encouraged to learn the technique from a clinic or practitioner, you can start implementing the basics on your own. Basically, it involves focusing on breathing through your nose 24/7.

The main exercises requires you to breathe out fully and then trying to breathe out a little more until it feels as though your abdomen is being drawn against your spine. Stay in the exhaled state for as long as you comfortably can. Then allow air back in again slowly.

The exercise must be done without stress. Do not gulp or gasp for air.

Take a break and breathe normally for a while. Then go through the process again.

The aim of the Buteyko breathing exercises is to lengthen the time that you can hold the exhaled position. This is known as the control pause.

Buteyko breathing exercises are best done either before eating or at least two hours after.

The practice consists of nine steps:

Ideally you would spend 20 minutes each day on this exercise. It will retrain you to breathe correctly with the right posture and gas exchange.

For some video explanations, check out How to Do the Buteyko Breathing Exercises.

The Downside to Buteyko Breathing Exercises

While this free exercise can eliminate your asthma symptoms and improve your quality of life, there are some drawbacks. The exercises do take up a lot of time. Twenty minutes per day for a few months isn’t exactly a quick cure.

While the exercises can be learned on your own through a video, people are encouraged to pay for coaching and clinics to learn the breathing method. These sessions can be very expensive.

You may still need to use your inhaler as you are learning the breathing exercises.

Despite the downsides of Buteyko breathing exercises, I still love the technique and feel that my quality of life is greatly improved through Buteyko breathing. I highly recommend looking into it if you are suffering from asthma, allergies or epilepsy.