The Buteyko breathing method was a concept of measuring your health through your rate of breathing. Konstatin Buteyko recognized that when his patients were about to die, they often had shallow and rapid breathing. They tended to take big breaths.

From this observation, Buteyko created a theory and a protocol for breathing that has helped many regain their health. It is currently known as the Buteyko breathing method. He focuses on eliminating the causes of hyperventilation and training your body to slow down its breathing.

Our modern lifestyle has us hyperventilating. Most people think of hyperventilation as something that occurs with rapid breathing. However, when we chronically breathe faster than we should on a day to day basis, we start to think of that as the norm. We begin to accept a more diseased state as normal.

Our modern foods have drastically changed. Many people consume convenience foods and processed foods on a daily basis. These foods are quite inflammatory to our body and require more oxygen to eliminate than natural foods. Therefore, they can trigger hyperventilation.

Our modern workday often consists of sitting at a desk and staring at a computer screen rather than working outside in the sunshine for hours on end. Often, slouching at your desk and looking at your computer screen can create a slouched posture. This posture can compress the diaphragm. This leads to upper chest breathing instead of proper breathing with the diaphragm.

Workouts are not focused on proper breathing either. Schools often teach students to breathe in through the nose and out through the mouth rather than to only breathe through the nose. Some physical education instructors don’t even address breathing as they teach running and sports to their students. The most effective exercise comes when you implement 100% nasal breathing. 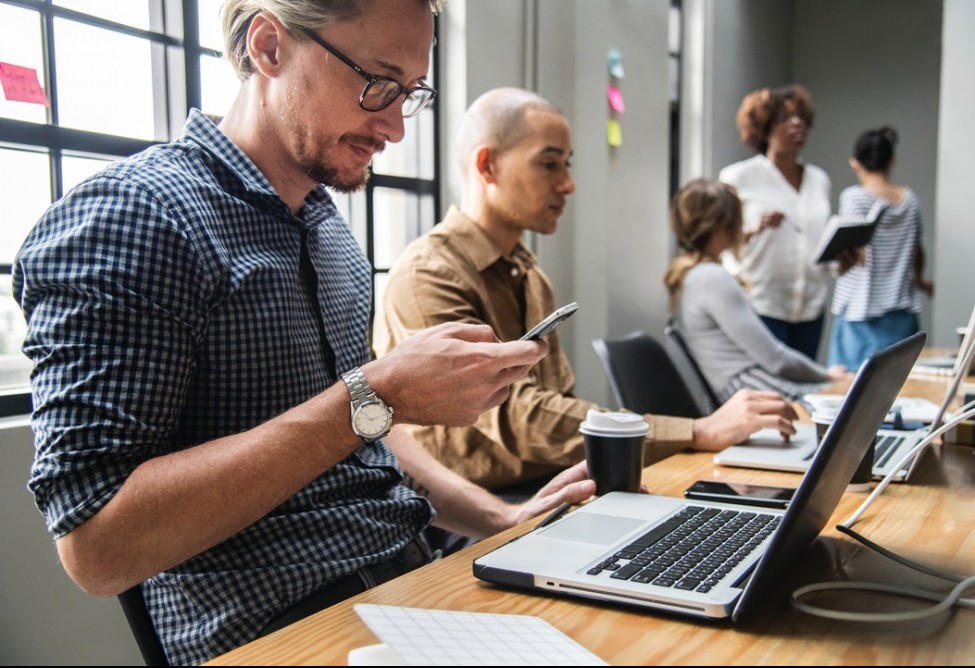 Our bodies were designed to breathe through the nose. However, many factors may make one deviate from breathing with their nose.

Breathing through the nose restricts the amount of air that gets taken into the body. This insures the proper amount of gas exchange in the lungs. Oxygen is our main source of life. Exhalation is the way that we expel toxins from the body. Therefore, poor breathing can lead to health problems which include insomnia and high blood pressure.

Cancer may be due to poor breathing as well. Otto Warburg won a Nobel Prize in 1931 for determining that only oxygen-starved cells become cancerous. This should motivate everyone to breathe properly.

When we become stressed out and overstimulated due to our daily lives, it can trigger a fight or flight reaction. We may subconsciously start poor breathing. Nasal breathing helps to take fuller, deeper breaths. This will stimulate the lower lung to distribute greater amounts of oxygen through the body.

Breathing deep into the lower lobes of your lungs will massage and exercise the diaphragm. As the diaphragm contracts and relaxes, it massages the stomach. This enables better digestion.

Nasal breathing activates the rib cage to act as a pump for lymph fluid. It pulls the lymph fluid from the lower parts of the body into the chest cavity and the heart. This improves lymphatic flow.

Nasal breathing increases the production of nitric oxide. This is an important signaling molecule in the body. Nitric oxide plays a role in expanding blood vessels, increasing blood flow and protecting organs from damage.

Breathing only through the nose has shown to lower heart rate and breath rate compared to mouth breathing exercise.

Nasal breathing has demonstrated an increase in brain wave coherence. This is associated with calm and organized brain function.

How To Get Started with the Buteyko Method

One of the simplest Buteyko breathing exercises is known as Steps. It is an exercise where you exhale through your nose. Then you plug your nose as you walk and count the number of steps that you take. Your goal should be to reach 100 steps in one breath. However, you can’t hold your breath so long that you are gasping for air. You take a breath when you start to feel air hunger.

There are quite a few other YouTube videos that can instruct you on some Buteyko breathing exercises.

There are many resources to learn the Buteyko Breathing Method. Patrick McKeown has some books on Amazon that you can pick up and learn most of the breathing exercises. He has a breathing clinic.[easyazon_infoblock align=”right” cart=”n” identifier=”0954599691″ locale=”US” tag=”mcurle08-20″]

Getting your breathing to be correct can greatly improve your life. I used the Buteyko breathing method to eliminate my seizure medication. It also helped me to reduce the seasonal allergies and cat allergies that often bothered me. Since I learned the technique, I haven’t had a cold or gotten sick at all even when the surrounding people were falling ill.

The Butyeko breathing method has greatly improved my life and it can help you as well.

3 thoughts on “Breathing and Health: How the Buteyko Breathing Method Works”