DOMS has happened to most athletes at some point in their training. It typically occurs when you increase your workout intensity or time too quickly. After twenty-four hours, your muscles may be so sore that simply putting on your clothes or going down the stairs will trigger grimacing accompanied by soreness and stiffness.

While many people have contended with DOMS, it is still somewhat of a mystery to the medical profession. The cause is considered to be excessive eccentric contraction which causes muscle damage, inflammation, and stress which triggers pain receptors. Eccentric muscle action refers to the movements that have you releasing a load. This occurs when you are lowering a portion of a bench press, or the release portion of a row. It is the action of starting and stopping a lot, or even running downhill.

Delayed onset muscle soreness is not as damaging as it may sound. It doesn’t even mean that you totally overdid the workout. However, it is a sign that your body is on the move to improvements in strength. You overloaded the muscles, which is an important factor for your body to adapt upwards towards getting fitter and stronger. DOMS happens between workouts when your body launches into repair efforts. It increase blood flow to the affected muscles so all the necessary materials are available. While those tears are being repaired and the muscle fibers are being rebuilt, the muscle is sore and slightly inflamed. Even though it is a step towards increasing strength, it doesn’t feel great when it happens.

Some symptoms of DOMS include the following:

You shouldn’t go hard the next day. You may even want to give your body two days to recover. This is mostly because you physically can’t. The damage that you incurred will inhibit your performance until it has healed. However, if you’re not completely debilitated, some gentle exercise and stretching can help to get the blood pumping to the affected muscles, which will bring oxygen and nutrients and flush out any build up of post-exercise waste products.

One strategy for the next day exercise is to simply take it easy. Go for a walk, but don’t run. Lift lighter weights with fewer reps and sets. Cross-training is an option as well. Train the other muscles that aren’t sore. It can take up to a full week to recover.

Drink water. There is some research that demonstrates a correlation between hydration and increased muscle soreness and DOMS. It is theorized that if dehydration increases soreness, then increased levels of hydration can minimize it. 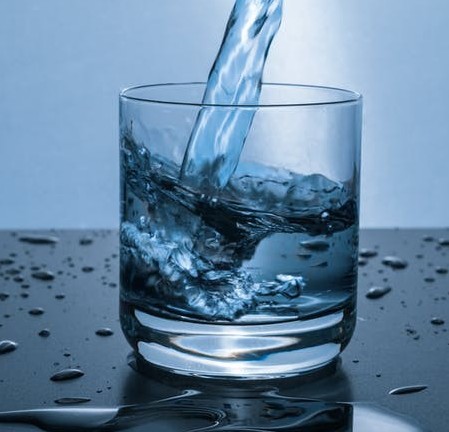 The main idea is that water aids in flushing out waste products. As muscles break down, they release waste products and toxins that need to be filtered out of the body, such as hydrogen ions and an enzyme known as creatine kinase.These waste products are associated with increased soreness in the body.

While your kidneys and liver are ultimately responsible for filtering out toxins, staying hydrated aids this process along. Staying hydrated is always a good idea anyway.

Step 3 – Get Your Nutrients

Anti-oxidants are a key in relieving inflammation. The antioxidants found in pomegranates, cherries, blueberries and caffeine have been known to reduce inflammation and decrease recovery time. While it is unclear how much is needed, consuming an antioxidant rich juice or a cup of coffee prior to a workout may help.
Electrolyte levels can be important in reducing inflammation as well. Keep up your usual consumption of potassium, magnesium, calcium and sodium-containing foods.

Omega 3 fatty acids offer tons of benefits. One of them is as an anti-inflammatory. This can help with DOMS because some of the discomfort associated with DOMS is simply inflammation.
Studies have demonstrated that fish oil supplements can help to reduce certain markers of inflammation in the human body.

Scientific research backs this up. In a 2009 study published in the Clinical Journal of Sports Medicine, 27 untrained men went through a leg workout. Prior to the workouts range of motion, perceived pain and muscle circumference were all measured to set a baseline. Volunteers were then given 1.8 grams of Omega 3s, a placebo or nothing.

The measurements were repeated after 24 and 48 hours. The omega-3 group experienced a reduction in swelling 24 hours after the workout. They also experienced improvements in range of motion and pain 48 hours later. 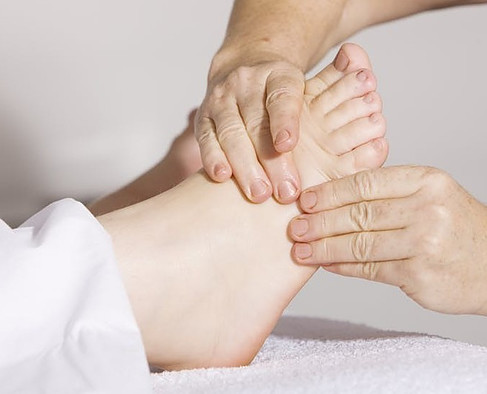 Researchers studied the effect of gentle massage on DOMS and discovered that athletic massage that is administered 2 hours after eccentric exercise will disrupt an initial crucial event in acute inflammation, the accumulation of neutrophils. This results in a diminished inflammatory response and a concomitant reduction in delayed onset muscle soreness (DOMS) and serum creatine kinase.

Massage will also increase blood flow to the muscles and encourage oxygenation. You may enjoy some light foam rolling on the affected area.

Foam rolling is a form of self-massage. You simply roll a foam cylinder over your muscles. This helps to work out the knots formed in muscle tissue when they are under tension. It also aids in flushing waste from your muscles more efficiently. This helps your muscles enjoy a more thorough recovery.

A study in the Journal of Athletic Training backs up this theory. It asked male volunteers to go through a squat workout and perform a variety of performance tests. The subjects performed a foam rolling routine immediately, 24 hours later and 48 hours after the workout.

It was discovered that not only did foam rolling reduce the muscle soreness, it also improved the subjects’ performance in jumping and sprinting.

It is wise to be cautious with this technique. While the massage can decrease the pain, be aware that inflammation is a necessary part of healing. Disrupting inflammation prematurely may delay full recovery.

I rarely recommend pills, so I left this recommendation until the end. You may find temporary relief from DOMS by using anti-inflammatory over the counter medications, such as ibuprofen. Don’t overdo the doses. Pay attention to how you feel when the medications wear off. Be careful not to exercise too much while taking anti-inflammatories. Masking the pain can lead to worse injuries. The symptom of pain is a signal to our bodies to slow down. NSAIDs can also delay muscle healing by disrupting the inflammatory process, so use them with caution.

If the pain is not improving with anti-inflammatories and has lasted for over a week, you may want to call a doctor. Most muscle soreness after intense workouts tends to subside within a week. Another indication that you’ve injured your body is that the pain is localized to one side of the body or a certain area. If your workout was symmetrical, but the pain you are feeling is only occurring on the right side, you may have injured one of your muscles on the right side.