This week as I was deciding what I would eat prior to going to the grocery store, I had a few things in mind. I had decided that I wanted to try a pumpkin soup 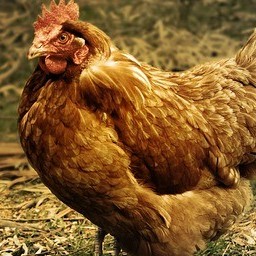 recipe that was similar to butternut squash soup, but used canned pumpkin puree, so I could avoid the mess. Well, that led me to deciding to make a soup so I could use the stock in the pumpkin soup. I decided to buy a whole chicken and debone it myself today! That is quite the task! I could have simply eaten the chicken sliced, but I decided to stretch my meat purchase as far as I could. I will be able to use this chicken in four different recipes this week!

Chicken soup was going to be a no-brainer. I was boiling up the chicken in my pressure cooker and would have plenty of broth. After cooking the chicken, I took it out to debone it. I divided up the chicken into three portions. For the chicken soup, I used a ton of ketogenic veggies – frozen green beans, cabbage, 2 carrots (not keto, I know, but I only used two and the portion of carrot in each soup bowl would only be one or two slices), an onion, celery, mushrooms, sea salt, pepper, an organic boullion cube, and parsley.

I reserved about 2 cups of chicken stock for my pumpkin soup that I will be making tomorrow.

I have already posted my recipe for a chicken broccoli casserole. This time, I didn’t have fresh broccoli that I wanted to use for it. I was thinking about using the fresh broccoli for a stir fry or steamed as a side dish later in the week, so I whipped out some frozen broccoli, layered the chicken over it and then spread a layer of cream of mushroom soup and a layer of may 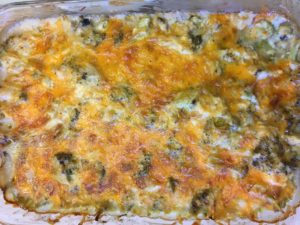 onaise, chopped up some mushrooms and onions and put them on top of that and topped it off with shredded cheddar cheese. So excited to see how the frozen broccoli works when I eat it for dinner tonight!

Chicken salad is a dish that I haven’t made in awhile. I took the third portion of the chicken and chopped it up. I added a spoonful of relish and two tablespoons of mayonnaise. I chopped up two celery stalks and mixed it up. I loved it! It is similar to tuna salad, but it has a milder flavor than tuna fish. I loved the relish in it too. It will make a fun lunch meal for tomorrow. But because I was stretching this chicken, it didn’t make a ton of salad. I’m glad that I tried it. I may try out canned chicken for chicken salad next.

This soup is being made with the chicken stock. I’m super excited to test this out tomorrow an may update the blog afterwards.

This week’s food prep is going to save me time during the week as now I have at least half of my meals made. I will be consuming a lot of chicken and veggies this week! It actually only took me about an hour and a half to prepare the chicken casserole and the chicken soup. The main time waster was the deboning of the whole chicken. I could have cut that out by using some frozen chicken breasts or chicken thighs with fewer bones. In the future, I may want to add some more chicken to the batch that I am cooking so that I can have more chicken salad or sliced chicken for eating.