The ketogenic diet has been around since 1920 treating people with epilepsy. Once anti-convulsants were invented, the diet was mostly abandoned unless the drugs didn’t work on the patient. Most doctors and scientific journals will admit that they don’t know why the ketogenic diet works in treating seizures.

When the ketogenic diet is followed with a meat/fat approach, vitamin D levels increase. The vitamin D in animal products is stored in fat. A well-formulated ketogenic diet includes a high amount of animal fat.

In 2019, researchers tested subjects with an average of 5 seizures per month. With a dosing of 5000 IU per day, they were able to reduce seizures to an average of 3 per month at six weeks.

Vitamin D plays a crucial role in stabilizing your brain function. Low levels of vitamin D also put you at a higher risk for more seizures. 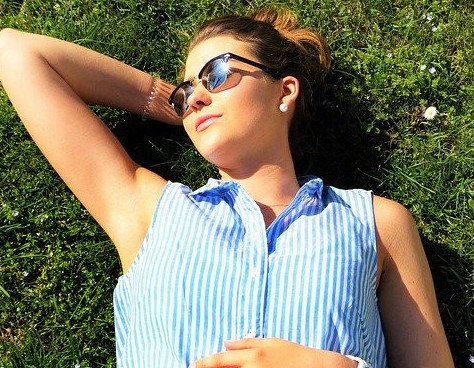 I never had seizures that were directly correlated to eating cake or spiking my insulin with a ton of candy. Initially, it was hard for me to believe that blood glucose had a connection to seizure control. When I started testing my blood sugars, I began to notice patterns in my brain function and my blood glucose levels. When they are higher, I don’t feel quite as good. Not all insulin spikes will result in a seizure, but they do put you at greater risk.

According to Dr. Carl E. Stafstrom, hyperglycemia lowers the seizure threshold. Experimental studies have suggested that extracellular glucose is associated with neuronal hyperexcitability. This indicates that a glucose balance is essential for normal neurotransmission. Studies show that hyperglycemia exacerbates ischemia-induced brain damage while fasting induced hypoglycemia protect against this neurotoxicity.

Magnesium has a stabilizing effect on your nervous system. It plays an essential role in nerve transmission and neuromuscular conduction. Magnesium functions in a protective role against excessive excitation that leads to neuronal cell death.

In a study of Finnish men, it was determined that a higher dietary intake of magnesium is associated with lower levels of epilepsy.

The Paleo Ketogenic diet provides you with the minerals that your body needs. While beef and pork are not particularly high in magnesium levels, they provide your body with the amount that it needs. There is also no fiber blocking any absorption of the minerals, so you can get the full benefit from the meat.

Ketones are water-soluble compounds that are produced as byproduct when the body burns fat for energy. When the body is fueled by fats, there is an increase in ketone production. The level of ketones is not always indicative of great seizure control. It does indicate that the brain is using the ketones as fuel and the body is in ketosis.

The traditional and paleo ketogenic diet reduce the body’s inflammatory response. Inflammation that is due to encephalitis, meningitis, or autoimmune disorders has the potential to trigger seizures.

The elimination of dairy from the ketogenic diet protocol may be increasing its overall success. Dairy has been associated with an increased risk of autoimmune diseases. It may also be contributing to intestinal permeability and increased inflammation.

Sticking with the Paleo Ketogenic diet initially can be very difficult. You drastically limit or eliminate some of your favorite foods. For me, giving up butter was very difficult. I wanted to cheat all the time, but Dr. Clemens at the ICMNI helped me to understand that dairy was extremely inflammatory for someone with autoimmune symptoms and it was likely making me susceptible to seizures even if it was only occasionally. It was also probably keeping my alopecia universals around.

The more you understand about the mechanisms and benefits of the Paleo Ketogenic Diet, the easier sticking with it becomes. After almost a month on the diet, I find it very easy to eat the delicious foods. I’m satiated and not craving other foods that are just for fun. It also reduces the time I spend eating and I find that I can spend that time in other pursuits.